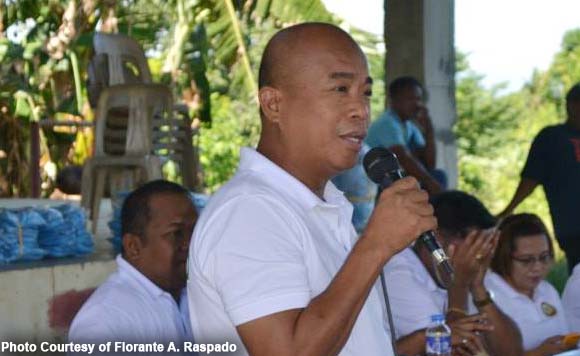 The Sandiganbayan convicted a dead mayor of falsification despite his excuse that he was enticed by a conspirator’s glib of the tongue.

Raspado, now a vice mayor, was killed in June 19, 2015 when armed men opened fire at a council session he presided. Two soldiers were arrested for the attack which is believed to be politically motivated.

The court rendered the guilty conviction because it has yet to receive Raspado’s death certificate.

Raspado made a defense that he merely signed the Invoice Receipt of Property which made it appear vehicles were delivered because of the “glib of the tongue” of Robert Ngo, Abaya’s representative who was also convicted for falsification.

But the court said it is not buying Raspado’s defense to escape liability.

“It escapes logic that such seasoned public officers could readily succumb to the prodding and glib tongue of accused Ngo,” the court said.

Ngo was convicted for three counts of falsification. Meanwhile, two other conspirators in the crime – former Isabela State University President Miguel Ramos and Department of Transportation and Communications Director Venancio Santidad – were also found guilty of one count and 21 counts of Reckless Imprudence resulting to Falsification of Public Document, respectively.

During the trial, Ombudsman prosecutors were able to prove that Raspado and Ramos signed the Invoice Receipt of Property (IRP) to prove that there was was a turn-over of vehicles despite the ghost delivery.

Santidad also signed all of the 21 IRPs to certify that all 21 vehicles were transferred to the fourth district of Isabela.

Apparently, none of the vehicles were registered with Abaya, the DOTC, or any of the officials involved.

In a statement, the Ombudsman said the “sale was a farce.”

The court also said it “sees no semblance of good faith when they willingly subscribed to a patently false narration of facts.”

“(The) integrity of the [IRP] as a document was greatly compromised because of their intentionally placed signatures,” the court added.

Ramos was sentenced to a prison term of four months as minimum to two years, 10 months and 21 days as maximum.

Santidad was sentenced to a prison term of four months as minimum to two years, 10 months, and 21 days for each count.

Meanwhile, the case of Leoncio Kiat, former Mayor of Echague, Isabela, was dismissed following his death in 2011.