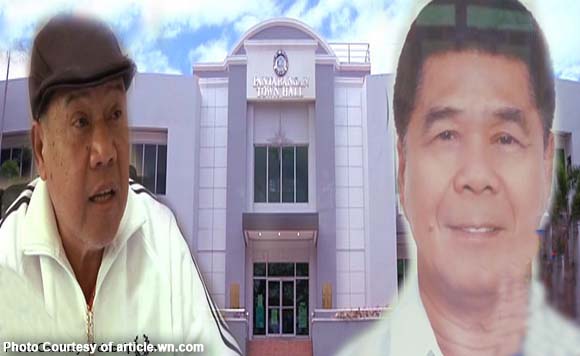 The employees, numbering around 250, have asked Finance secretary Cesar Purisima to designate a municipal treasurer so they could get their salaries.

The town hall’s treasurer, Elvira Gonzales, has not reported for work since Huerta, the elected vice mayor, became acting mayor last May, according to municipal accountant Rosita Yang.

“We are exhausted and in need. Many of our employees could not enrol their children for the school year. We are deep in debt,” Yang said in an Inquirer report.

Uera returned to his post on October 23 armed with a Court of Appeals ruling reversing the dismissal order issued by the Office of the Ombudsman.

He was dismissed by the Ombudsman for grave misconduct and abuse of authority when he suspended and terminated 44 municipal employees in 2005.

But Huerta did not yield, saying the Department of Interior and Local Government has designated him mayor. He has holed up inside the mayor’s office to prevent Uera from taking over.

Uera, on the other hand, is holding office in a separate wing of the town hall.

He pointed out he has asked the town’s authorized bank to recognize his signature. Huerta, for his part, has appealed to the Department of Finance (DOF) to appoint a caretaker treasurer so government funds deposited in a bank could again be accessed.

“We are grateful we were not badly hit by Lando but no one seems to know how to solve this man-made calamity,” Gerardo Sator, Uera’s secretary, said.