Ex-CamNorte guv next to fall in fertilizer fund scam 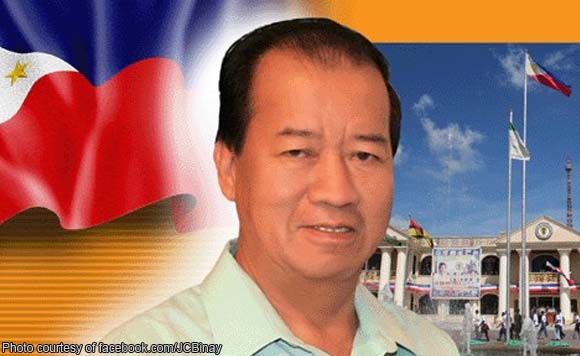 Former Camarines Norte Gov. Jesus Typoco, Jr. has been charged with graft in connection with his alleged involvement in the multi-million peso fertilizer fund scam.

Ombudsman Conchita Carpio-Morales indicted Typoco and seven others with violation of Section 3 (e) of Republic Act 3019 or the Anti-Graft and Corrupt Practices Act.

According to the Ombudsman, Typoco and the BAC awarded the procurement of 7,142 bottles of liquid fertilizer to Hexaphil without public bidding on April 16, 2004.

The fund, amounting to P4 million, came from the Department of Agriculture to be used for the purchase of agricultural supplies and another P1 million for vegetable seeds.

Hexapil, it turned out, was not a legitimate company as it has no business permit or a license to operate.

Hexaphil was not even registered with the Department of Trade and Industry, Securities and Exchange Commission or the Bureau of Internal Revenue and that the company cannot be located in its declared business address.

“As governor and public official, he (Typoco) is accountable for his actions relative to the contract he entered into,” the Ombudsman resolution read.