GMA lawyer to run for Senate to ‘correct’ Aquino myths 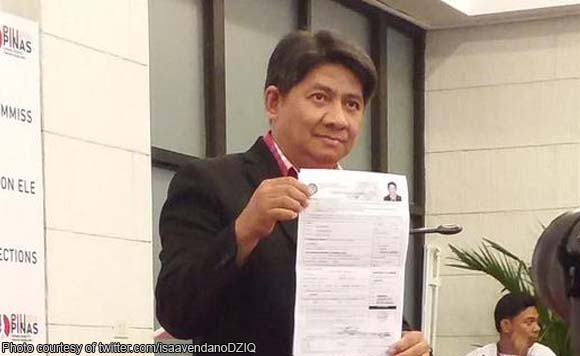 “The Aquinos have never been heroes. In fact, they are the reasons why the country is suffering now.”

His goal: to rectify what he said were ‘myths’ about the family of President Aquino.

“Ninoy Aquino was a political opportunist who collaborated with the communist to further his political ambition. It was Ninoy who arranged the meeting between Jose Maria Sison and Bernabe Buscayno to establish the New People’s Army,” Gadon was quoted as saying in a Daily Tribune, referring to the late senator and patriarch of the Aquino family.

According to Gadon, it was Ninoy who collaborated with the communist to plot the Plaza Miranda bombing in 1972.
This was the reason, he said, why Ninoy was not in the Liberal Party’s (LP) miting de avance that night when the bombing took place.

As to Ninoy’s wife, the late former president Cory Aquino, Gadon said she cancelled projects started by Marcos, including the Bataan Nuclear Power Plant without providing any alternative.

“And now, we have their son, a very incompetent one, running the government, simply because he is the son of Ninoy and Cory. And under his watch, corruption has turned for the worst. With their invention, the disbursement acceleration program, corruption now runs into trillions of pesos,” Gadon said of PNoy.

“This has to be corrected. We have to correct history as it is being taught to prevent another Aquino from being elected simply because of the false representations being made in behalf of their family. They were never heroes and they were never incorruptible,” he pointed out.

Gadon said he already bid goodbye to Arroyo to pursue his senatorial bid.

A confessed Marcos loyalist, Gadon will be running under the Marcoses’ Kilusang Bagong Lipunan (KBL) party.