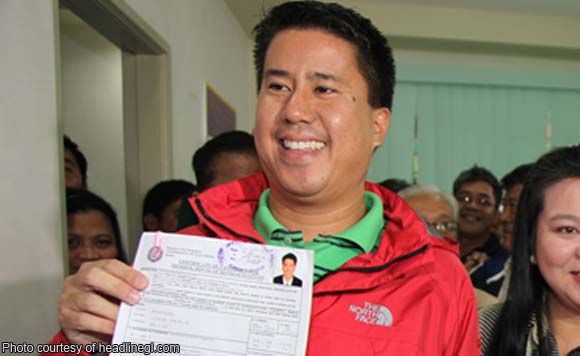 The Bondocs, currently with the Nacionalista Party, have lorded over the district for more than 30 years, never losing to any rival.

Bondoc is only in the first term of his return bid while Tetangco is about to finish his last term in 2016.

Ironically, Bondoc’s and Tetangco’s fathers fought for the same post about 20 years ago; Bondoc Sr. won.

For the 2016 race, Bondoc said he is confident that his constituents in the district will use as basis in voting the candidate’s integrity, achievements and track record.

Tetangco, meanwhile, pledged to give Bondoc a good fight and avenge his father’s loss.

He has the backing of business mogul and fellow Apalit native Manny Pangilinan, Pampanga Gov. Lilia Pineda, and the Villars.