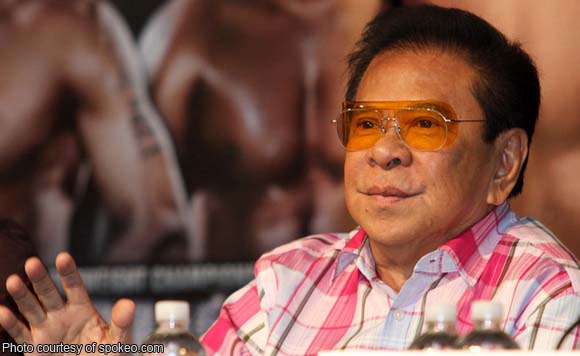 Barely three years after stepping down as governor, the patriarch of the Singson dynasty will be running for vice governor in the 2016 elections.

The 74-year-old Chavit is the running mate of his son, re-electionist Gov. Ryan Luis Singson, who is seeking his second term. Both are running under the Nacionalista Party.

The incumbent vice governor, Ryan’s father-in-law Deogracias Victor Savellano, is running as representative of the 1st District, as Ryan’s brother Ronald is on his last term.

The elder Singson was the whistleblower in the jueteng scandal that put down the administration of then president and now Manila mayor Joseph Estrada.

In 2013 elections, the Singsons again dominated the elections in the province. Elected governor was Chavit’s son Ryan. Another son, Ronald, is the representative of the 1st District.