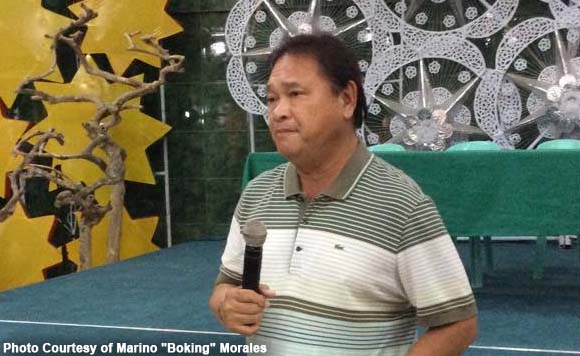 The case was filed by former vice mayor Noel Castro, one of Morales’ five opponents for the city’s mayoralty seat in the 2016 elections.

In asking the local Commission on Elections (Comelec) office to cancel Morales’ certificate of candidacy (COC), Castro said “Morales committed a deliberate false material representation on his COC by stating under oath that he is eligible for the office he seek to be elected.”

“Mayor Morales very well knows that he is no longer eligible for the mayoral office because he has been elected and served for three consecutive terms in the same position,” Castro said.

Mabalacat became a component city in 2012 so when Morales ran again 2013, it was his first term as city mayor, according to election lawyer Romulo Macalintal.

Castro pointed out that the mayor has been trying to circumvent the law by arguing that Republic Act 10164 (An Act Converting Mabalacat Into A Component City) passed in 2012 caused some modifications in the city’s territorial jurisdiction and income.

“Mayor Morales has been the mayor of Mabalacat since 1995 and he is the longest reigning mayor in the entire country,” Castro said.