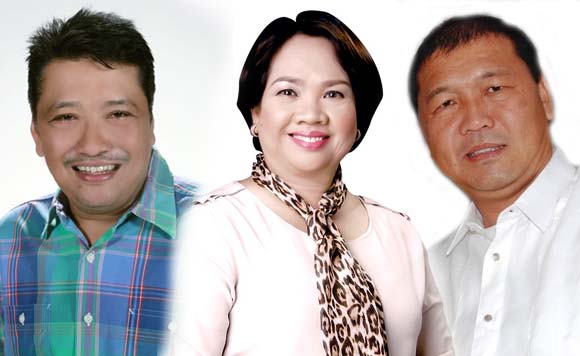 Three candidates from three rival political parties will clash for the three top posts in Catanduanes in the upcoming May 2016 elections.

For the lone House seat, incumbent Rep. Cesar Sarmiento of LP will fight it out with former governor Leandro Verceles, an independent candidate, and businessman Hector Sanchez of UNA, also a former governor.

Elected in 1998, Sanchez lost in his re-election bid in 2001 after he allegedly distributed millions of fake P500 bills to his party mates and supporters on the eve of the elections.

Another three-cornered fight is the race for vice governor, with incumbent board member Jorge Reyes of LP  going up against Virac councilor and ex-officio board member Shirley Abundo of NPC and San Andres Vice Mayor Leo Mendoza of UNA.