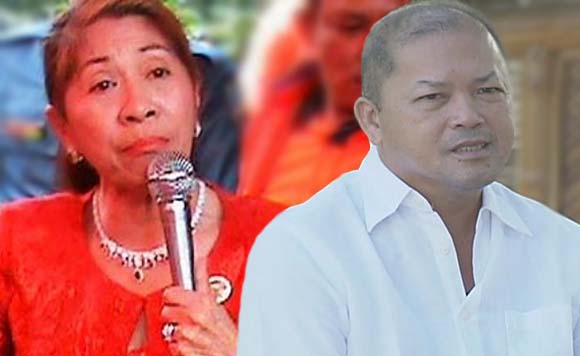 With his fierce rival, dismissed Masbate Gov. Rizalina Seachon-Lanete seemingly out of the question, former governor and local political kingpin Antonio Kho sees an easy victory in his return bid as the province governor.

Kho is running again for governor under the Nacionalista Party with Dr. Oscar Acuesta as his running mate for vice governor.

A former mayor of Cataingan town and representative of Masbate’s 2nd District, Kho was governor from 1998 to 2007.

His wife Elsa took over from him in 2007, only to be defeated by Lanete in the 2010 elections.

The detained Lanete has been dismissed by the Ombudsman in connection with the alleged misuse of her pork barrel funds amounting to P112.3 million when she was 3rd District representative from 2007 to 2009.

But through a representative, Lanete still filed her certificate of candidacy for re-election on Thursday, October 15.

Along with the Espinosa clan, the Khos and Lanetes had been waging a bloody political war for the control of the province; each had lost family members in ambushes and suspected assassinations.