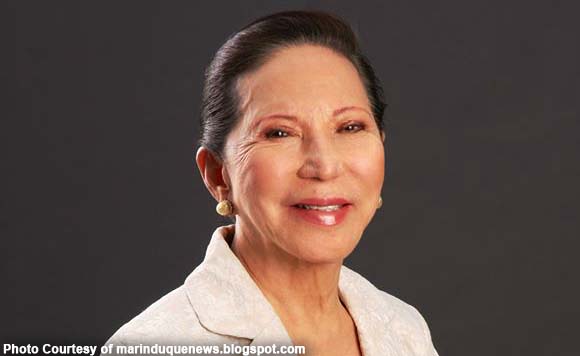 Marinduque Gov. Carmencita Reyes has been slapped with a 60-day preventive suspension in connection with the 2004 fertilizer fund scam.

The Sandiganbayan ordered Reyes to vacate her seat while graft and technical malversation charges against her are being heard.

In its ruling, the anti-graft court noted that since Reyes has underwent preliminary investigation and has already been arraigned, “the grant of the suspension therefore becomes compulsory on the part of the court.”

Last July, state prosecutors moved for Reyes’ suspension, saying it is mandated under Section 13 of Republic Act 3019 or the Anti Graft and Corrupt Practices Act.

But the governor argued that her suspension is no longer needed since her continued stay in office will not affect the prosecution’s case.

She added it might affect her re-election bid in the 2016 elections.

The graft and technical malversation charges against Reyes stemmed from her alleged involvement in the P728-million fertilizer fund scam, wherein funds supposedly for agricultural assistance for poor farmers were allegedly diverted as campaign kitty of then President Gloria Macapagal-Arroyo for 2004 elections.

Under the cases filed against her by the Office of the Ombudsman in June 2011, Reyes approved the purchase of P5 million-worth of equipment and fertilizers under the Arroyo administration’s “Ginintuang Masaganang Ani Program” from a private supplier without holding a public bidding.

Politiko would love to hear your views on this...