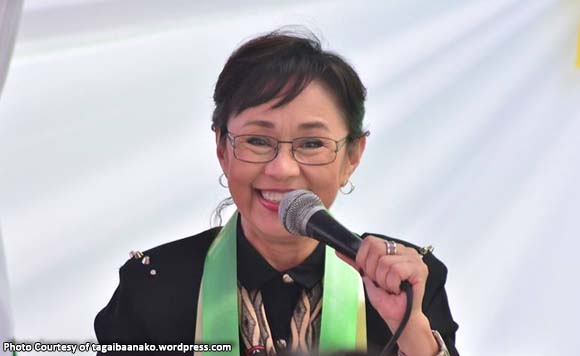 True to her word, outgoing Batangas Gov. Vilma Santos-Recto is not seeking a higher office in the 2016 elections: she will run instead as representative of the new Lipa City congressional district.

The actress-turned-politician has filed her certificate of candidacy on October 15 as a Liberal Party (LP) candidate.

She was one of those who were considered to be the running mate of LP standard-bearer Mar Roxas.

For the gubernatorial post, the “Star for all Seasons” endorsed Vice Gov. Mark Leviste, who is also on his last term.

Turning 62 in November, Santos started her political career as mayor of Lipa City in 1998, where she served until 2007.

She then ran for governor in 2007, becoming the first female governor of the province.