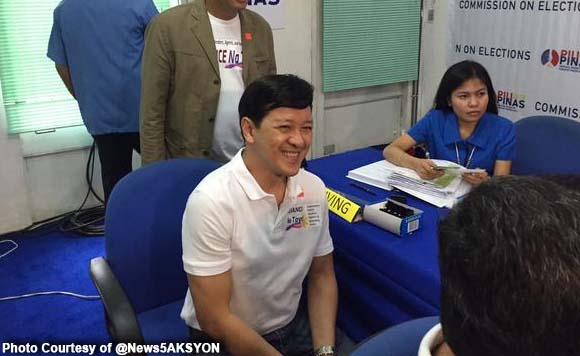 Vitangcol is the leading nominee of the Direct Vendors, Agents, Networking Circles and Entrepreneurs (Advance) Inc., which is seeking the approval of the Commission on Elections (Comelec) to join the 2016 elections.

The former MRT executive said he had been an officer of Advance when it was formed in 2010.

As Advance party-list representative, Vitangcol said he would push for legislation to regulate the networking or the multi-level marketing industry.

He admitted the MRT controversy might affect their party-list group in the elections.

In a ruling last July, the Office of the Ombudsman found probable cause to indict Vitangcol and five incorporators of Philippine Trans Rail Management and Services Corp. (PH Trams) for graft and violation of the Government Procurement Reform Act arising from the MRT-3 interim maintenance contract.

Vitangcol has filed a motion for reconsideration, maintaining his innocence.