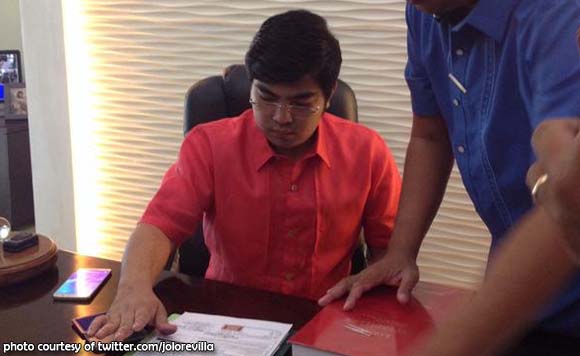 These politikos know how to brand themselves as a tag team.

Cavite Gov. Jonvic Remulla and Vice-Governor Jolo Revilla showed up at the Commission on Elections office together on Oct. 12, Monday to file their certificates of candidacies for the may 2016 polls.

They are running for reelection as a tandem under the United Nationalist Alliance ticket.

But what’s striking is that they came as a pair and even wore the same shade of red.

These two really know how to put on a good show! #