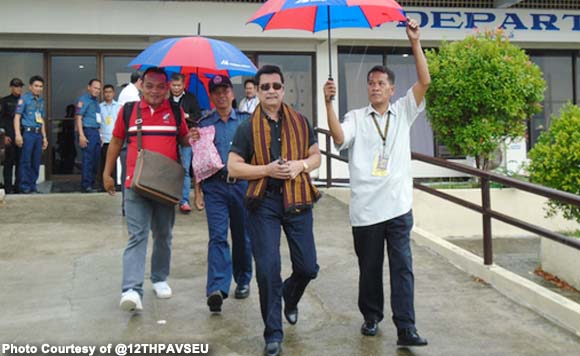 Sen. Lito Lapid, true to his character as a former action star, chooses his fights wisely.

In the 2016 elections, Lapid declared he will return to Pampanga politics, not as a governor again and challenge incumbent Gov. Lilia Pineda, but as a mayor of Angeles City.

He will be pitted against the third-termer mayor, Ed Pamintuan, who belongs to the Pineda clan’s well-oiled political machinery, the Kambilan party, and Vice Mayor Vicky Vega.

Many local political observers are saying it will be an uphill battle by Lapid: he is not an Angeles native, having been born in Pampanga, unlike Pamintuan and Vega.

“The truth is that the Lapid’s waning charisma is still good enough for the senator to choke up a landslide win by running for barangay kagawad in his hometown. His Cabalen will surely honor him in Porac,” a local columnist, Ed Aguilar, wrote.

Lapid started out in Pampanga as vice governor in 1992. Three years later, he unseated then governor Bren Guiao, and served until 2004.

As early as 2004, he had planned to run for mayor of Angeles but withdraw after being encouraged to run for a Senate seat.

His son, Mark, replaced him in the Capitol, but served only for one term after the priest Ed Panlilio beat him in the 2007 elections.

The elder Lapid of the “Leon Guerrero” movie fame thought of running again for governor in 2010. He opted, however, to seek re-election in the Senate.

“Lapid is not returning to the capitol either because it is more difficult to fight Governor Pineda,” former mayor and Pampanga representative Carmelo Lazatin said in an Inquirer report.

It was believed that Lazatin is backing up Lapid to unseat Pamintuan, who defeated him in 2013 elections.