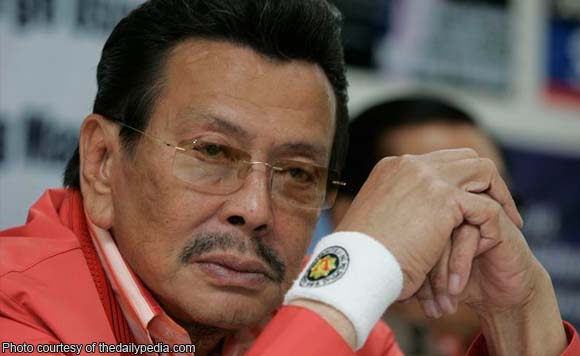 PMP is the political party founded by Estrada in 1991. It catapulted him to the vice presidency in the 1992 elections.
“Yes, we will likely adopt him as PMP senatorial candidate,” Estrada was quoted in a Philippine Star article.

Tolentino withdrew from the Liberal Party (LP) senatorial lineup after figuring in the controversial “Playgirls” scandal in Laguna. He has since apologized for the incident.

Estrada was one of the few who defended Tolentino, saying there was nothing immoral in the sexy performance of the group.