Castelo: No price surging on Uber 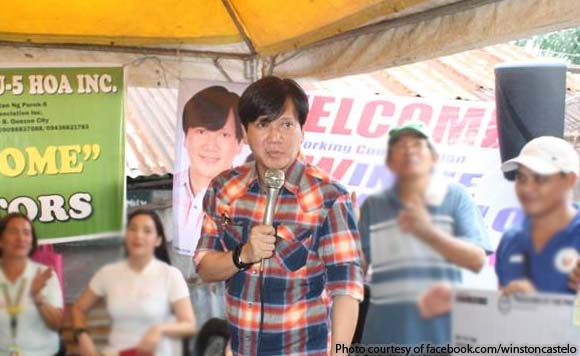 Quezon City 2nd District Rep. Winston Castelo assured the public that there will be no unnecessary fare increase in the Transportation Network Vehicle Service systems such as Uber.

“Via the legislative measure, we will prohibit price surging to protect the public from fare manipulation.

We shall insist on standard fare matrix,” Castelo said in a statement.

At the same time, Castelo is seeking a moratorium on the grant of franchises to Transport Network Companies (TNCs) pending the guidelines to be issued by the House of Representatives.

To date, a total of 3,499 applications have been filed with Land Transportation Franchising and Regulatory Board (LTFRB) for the use of 4,465 units.

According to Castelo, a legislative measure is needed to promulgate guidelines for the accreditation of TNCs and the authority to provide the guidelines in its operation is vested in Congress as provided in the DOTC (Department of Transportation and Communication) Department Order No. 2015-011.

“The measure shall also regulate the number of TNCs to avoid congestion of Metro streets. We will also see to it that their vehicles will have sufficient garages to avoid street congestion on account of parallel parking,” Castelo added.

The lawmaker pointed out that Congress only wants to ensure the safety and protection of commuters and public order in the streets.

The group, led by its president Efren De Luna, also called for the preventive suspension of LTFRB Chair Winston Ginez and Board Member Ronaldo Corpus in the complaint filed in the Ombudsman on October 5.