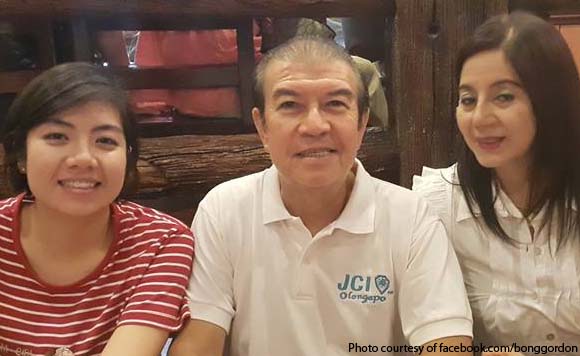 The Gordon family will be returning to Olongapo City’s political arena in the 2016 elections.

According to former mayor James “Bong” Gordon, Jr., either him or his brother, former senator Richard “Dick” Gordon, will run again for mayor against incumbent mayor Rolen Paulino.

“In a few days, we will be choosing our candidate. It can be Dick or me or any member of the Gordon family,” Bong was quoted as saying in an Inquirer article.

The Gordons have ruled Olongapo since the family patriarch, James Leonard Gordon, Sr., became the first elected mayor in 1963.

But the clan suffered defeats in the 2013 elections.

Bong failed in his bid as representative of Zambales 1st District, losing to former Subic mayor Jeffrey Khonghun. His wife Anne Marie also lost in the mayoralty race against Paulino.

Richard’s son, Brian, was also defeated in the vice mayoralty post. The former senator ran for a Senate seat in 2013 and also lost.