Is Marikina the new bailiwick of Francis Tolentino? 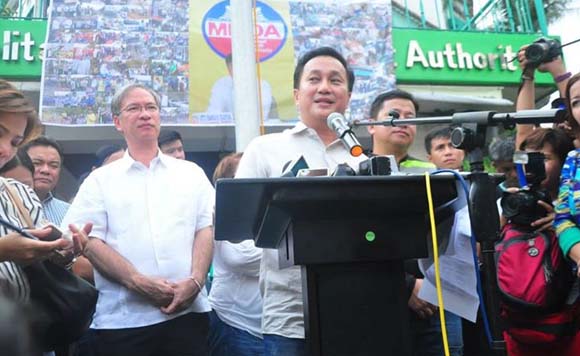 Despite drawing so much flak from the Playgirls incident, Francis Tolentino found a place of solace.

The MMDA chairman decided to announce his resignation in a Marikina City event, much to the surprise of locals and netizens alike. City officials, however, dubbed it as Tolentino’s farewell party, with mayor Del De Guzman by his side.

The former Tagaytay mayor is apparently holding office in Marikina. But the city’s support appears to be just as warm, as the city officials even had a special tarp printed for him that read: Maraming salamat po, Chairman Francis Tolentino! Dalangin namin ang inyong tagumpay!”