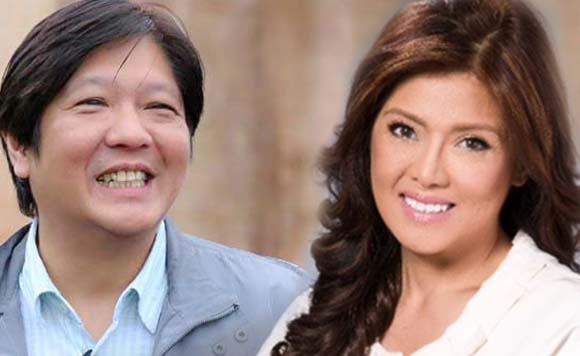 Ilocos Norte Governor Imee Marcos believes her brother, Senator Ferdinand “Bongbong” Marcos has a strong chance of winning the vice presidential race even in a presidential race packed with five other aspirants.

In her Bulgar column published on Thursday (Oct. 8), Imee said Bongbong has an edge over other vice presidential contenders because he can expect Northern Luzon to fully support him, a trend also known as “Solid North.”

Further bolstering Bongbong’s candidacy is the support he can expect from people who are still fond of the Marcoses, the governor said.

Even though Bongbong will be facing off against Camarines Sur Rep. Leni Robredo, and Senators Alan Peter Cayetano, Antonio Trillanes IV, Francis Escudero and possibly, Gringo Honasan in the vice presidential race, Imee said she is proud of her brother for choosing to run even if he has no running mate.

There are reports that Bongbong had been considered by Vice President Jejomar Binay to become his running mate, but negotiations fell through.