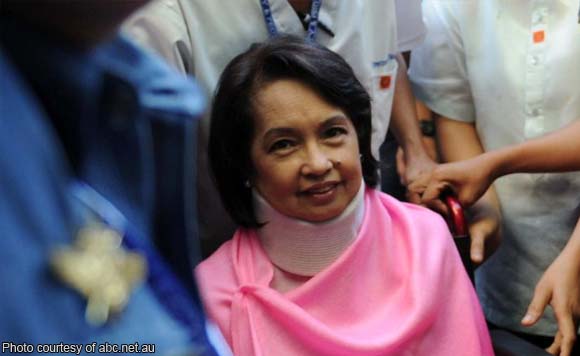 Former President Gloria Macapagal-Arroyo has another reason to complain about her supposed ailment.

Arroyo, who is now Pampanga representative, complained of numbness in her left arm and weakness in her grip, which she said is caused by her cervical spine disease.

Arroyo said the Veterans Memorial Medical Center is not equipped for the tests.