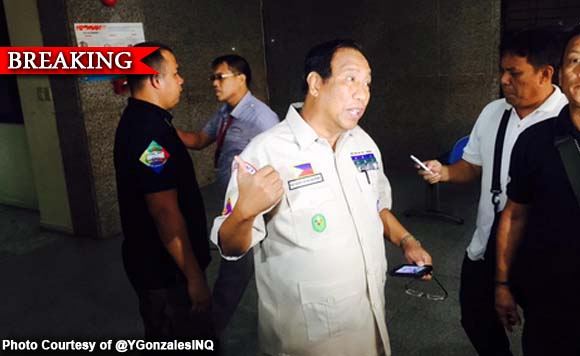 Former Makati City vice mayor Ernesto Mercado has filed a plunder complaint against Vice President Jejomar Binay, this time for the alleged anomalous land deal between the Boy Scouts of the Philippines (BSP) and Alphaland Corporation.

Mercado, a former ally of Binay, filed his complaint before the Office of the Ombudsman on October 6. He also named as respondents 14 members of the BSP National Executive Board (NEB).

Binay is the president of BSP.

In his complaint, Mercado claimed that the 2008 joint venture agreement (JVA) between BSP and Alphaland was “grossly disadvantageous” to the former.

The deal involved the sale of BSP’s one-hectare prime lot in Malugay Street, Makati to Alphaland, which constructed at the site a residential and leisure complex called Alphaland Makati Place.

Until now, however, Mercado alleged BSP has not received a single centavo from its supposed P3 billion earnings from the JVA.

The property was sold at only P600 million, but Mercado said the rate used was based on an old 2005 appraisal.

He pointed out that the property should have been re-apprised in 2008 and 2011.

Mercado said he filed the case to protect BSP’s interest.