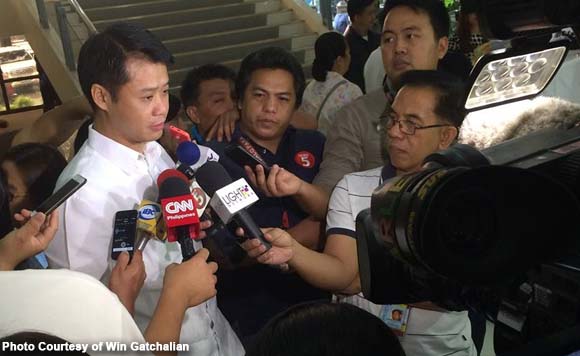 Gatchalian has filed House Resolution 2399 calling on Congress to look into the possible implementation of the BRT along the major thoroughfares in the metropolis.

He stressed that the current modes of public transport are “erratic, inefficient and provide low-quality service.”

“They mostly defy the quality of fast travel, reliability, safety and convenience, hence, the propensity to use private vehicles instead which increases the volume of traffic flow in the streets,” Gatchalian said in a statement.

BRT is a bus-based mass transit system where public utility buses (PUBs) have a fully dedicated right-of-way to avoid traffic congestion. PUBs stop only on designated loading and unloading stations.

Gatchalian said the BRT system will increase economic productivity, secure environmental sustainability, and promote the morale and welfare of the millions of Metro Manila commuters who depend on public transportation on a daily basis.

“The BRTs are expected to utilize right-of-way lanes, promote efficient boarding and alighting of passengers, institute pre-board fare collection and high-quality buses which shall attract more urban dwellers to commute via public transport,” the Valenzuela lawmaker pointed out.

Worldwide, Gatchalian said 63 BRTs have been in operation as of 2006 and that 93 more are being planned to be implemented.

The scheme, he added, proved successful in the cities of Mexico, Bogota, Jakarta, and India.

“BRTs in Metro Manila will allow faster and more efficient mass public travel and improved traffic flow as it is expected to reduce private car use because of the availability of an efficient alternative,” Gatchalian said.