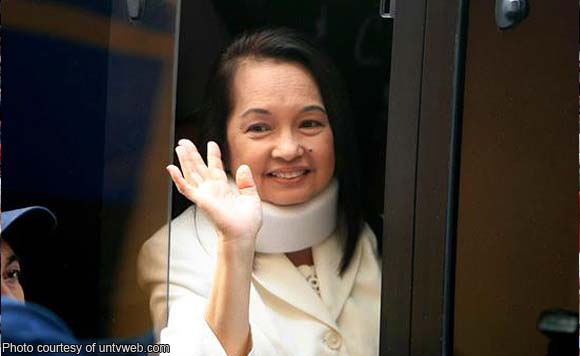 Former president and incumbent Pampanga 2nd District Rep. Gloria Macapagal-Arroyo was delighted by a Court of Appeals (CA) resolution allowing her to post bail in an electoral sabotage case.

“She was happy when informed of the CA decision,” Arroyo’s lawyer, Ferdinand Topacio, was quoted as saying in a Philippine Star article.

Topacio said the electoral sabotage case was filed “with haste to violate her constitutional rights and in furtherance of the Aquino administration’s culture of hate.”

In a September 22 resolution, the CA affirmed the decision of the Pasay City Regional Trial Court (RTC) allowing Arroyo to post bail.

Arroyo was charged in 2011 with electoral sabotage along with former Maguindanao governor Andal Ampatuan, Jr. and former election officer Lintang Bedol for allegedly staging a 12-0 victory for the Team Unity’s senatorial candidates in Maguindanao in the 2007 polls.

The Department of Justice, however, said the former president cannot be released yet because she still has a pending plunder case in connection with the alleged misuse of some P300 million funds of the Philippine Charity Sweepstakes Office.