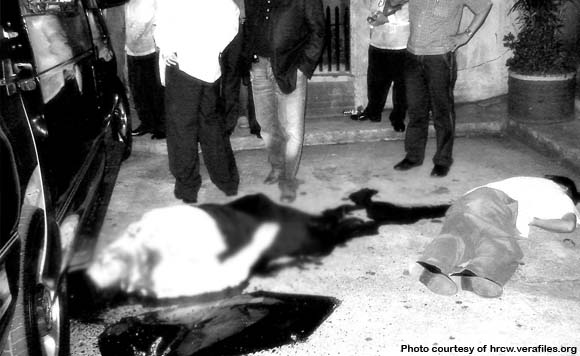 The daughter of former Abra Gov. Vicente Valera is insisting that her father was wrongly convicted for the murder of former Rep. Luis Bersamin.

In a statement she posted on her Facebook page, Anne Valera maintained that there was no evidence that her father pulled the trigger or masterminded the killing.

“The decision of the trial court raises great concern about the political nature of the judicial process and verdict, and the use of judicial system for the continued political persecution of my dad,” Anne wrote.

Valera and two others were sentenced to reclusion perpetua for the 2006 killing of Bersamin.

Incumbent Abra Gov. Eustaquio Bersamin, the slain lawmaker’s brother, added the conviction was a victory of the justice system.

The Bersamins and the Valeras, known political enemies in Abra, are set to slug it out again in the 2016 elections.

For the gubernatorial post, Valera will be fielding his daughter, incumbent Abra Rep. Jocelyn Valera-Bernos, against Bersamin’s wife Ruby Mamsaang-Bersamin.