Aggabao dissuades Colmenares from campaigning in Isabela. Find out why 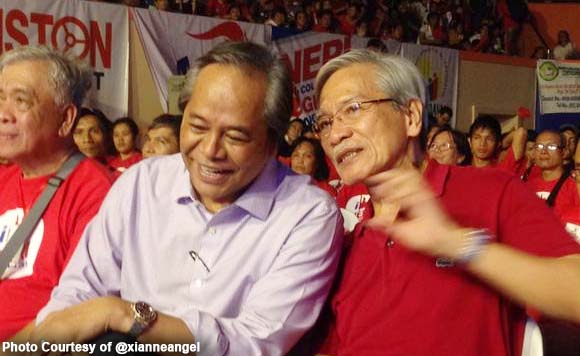 Nationalist Peoples Coalition (NPC) president and House Deputy Speaker Giorgidi Aggabao has thrown his support behind the senatorial bid of Bayan Muna party-list Rep. Neri Colmenares but advised him not to bother campaigning in Isabela next year.

Aggabao, the congressional representative of Isabela’s 4th district, said Colmenares is already assured of victory in the province because it’s an “NPC country.”

Colmenares, the Makabayan group’s lone senatorial candidate, will be running under the tandem of Senators Grace Poe and Francis Escudero. He is the first aspirant endorsed by the duo during the convention.