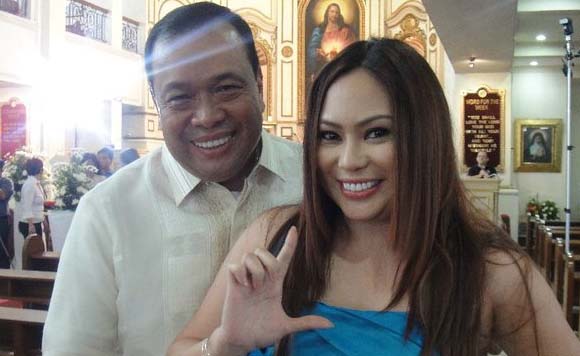 The wife of outgoing Mandaluyong City representative and House Majority Leader Neptali Gonzales II will run for Congress under the Liberal Party (LP).

Quennie was a former broadcast journalist covering the House of Representatives. Since 2013, Gonzales has been grooming her to replace him in Congress.

Quennie was wed to Gonzales on 2002, a year after the death of the lawmaker’s first wife Josephine. They have twins, Neptali III and Isabel Candida.

Gonzales is on his third and last term as representative of Mandaluyong.

Gonzales said he will support Roxas’ candidacy, saying the next president “should have skill, integrity and enough experience as a public servant.”

“Mar, who is skilled in economics, is the leader the country needs to sustain its economic growth and make it inclusive. He will be our next President,” he said in a Philippine Star article.