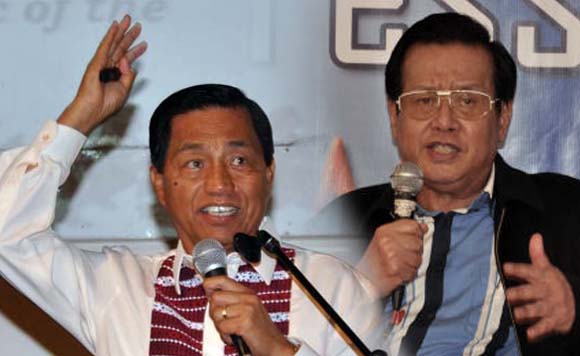 Re-electionist Baguio City mayor Mauricio Domogan, Jr. and his ally, congressional aspirant Bernardo Vergara, remain the candidates to beat in the May 2016 elections.

In a survey conducted by the Philippine Social Beat, the Domogan-Vergara tandem bested other prospective candidates for the city’s mayoralty and congressional posts.

The survey was done in the city’s 128 barangays covering 4,500 respondents, or three percent of the city’s voting population. It was conducted from August 10 to 20, according to Baguio Herald Express.

It did not say who commissioned the survey.

Aliping, then a city councilor, unseated Vergara during the 2013 elections.

For the mayoralty race, Domogan got a whopping 49 percent while his perennial rival, human rights lawyer Jose Molintas came in a far second with 24 percent while retired judge Edilberto Claraval landed in third with 21 percent.

Domogan is seeking his third and last term.

For the vice mayoralty position, incumbent vice Mayor Edison Bilog leads all aspirants with 44 percent followed by three-term councilor Betty Lourdes Tabanda, who came in a far second with only 22 percent.