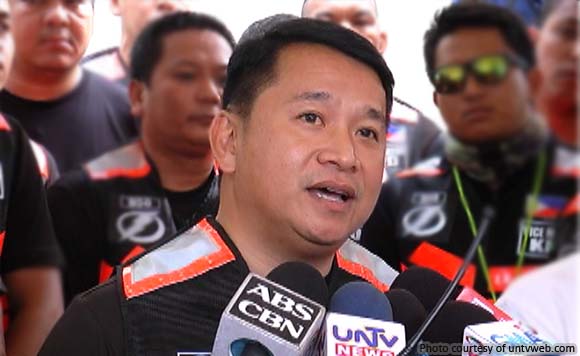 Acting Makati City mayor Romulo “Kid” Peña has been sued before the Ombudsman for the allegedly overpriced birthday cakes for the city’s senior citizens.

The graft charges were filed by former Makati vice mayor Bobby Brillante, convenor of the group Campaign for Public Accountability (CPA), according to a Philippine Star report.

Brillante alleged Peña violated the Government Procurement Reform Act when he approved the new contract with Goldilocks worth P8.6 million for the supply of 31,187 cakes to Makati’s elderly from August 15 to December 31.

When he took over from suspended Makati mayor Junjun Binay last July, Peña cancelled the city government’s contract with Timstate-Bakerite Food and Beverage Corp. for the cake supply.

But the former vice mayor said the Goldilocks cakes were overpriced by P3 million.

He added Makati City’s contract with Goldilocks was 35 percent higher although each cake costs only P280. In the previous contract with Bakerite, Brillante said the cakes cost P306 each.

The cakes are now smaller in size at 9×2 inches compared to the 9×4 inches previously given to the elderly.

“The bidding process where Goldilocks was selected was aboveboard and opened to the public media for transparency,” Delos Reyes was quoted as saying.

“Obviously, this is a desperate attempt to smear the reputation of Mayor Peña in his efforts to cleanse the city hall procurement process,” he added.