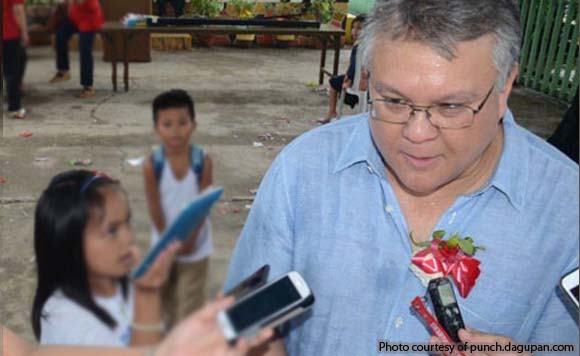 How can a barangay captain beat a congressman?

“ABC (Association of Barangay Captains) president siya, kapitan lang siya (He’s an ABC president, he is just a captain),” Cojuangco said of young Espino, as quoted in a Rappler article.

Bragging about his qualifications, the 58-year-old Cojuangco said he has longer years and experience in public office, having served 18 years as lawmaker and mayor, compared to Espino III, who is just 38.

“I have more to bring to Pangasinan than him,” he added.

Before being elected as president of Pangasinan’s Liga ng mga Barangay, Espino III, however, was mayor of Bautista town for three terms. He now sits as ex-officio board member of the Sangguniang Panlalawigan.

As early as last year, Governor Espino has announced he will be fielding his son to succeed him.

He will instead run as congressman against Cojuangco’s wife, incumbent 5th District Rep. Kimi Cojuangco.