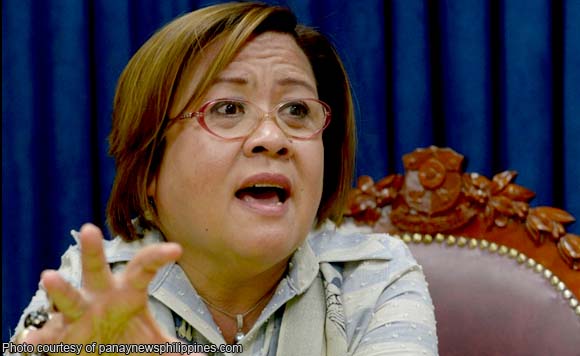 Former Palawan governor Joel Reyes and his brother, former Coron mayor Mario Reyes will return to the country in handcuffs.

This was the guarantee of Department of Justice (DOJ) Secretary Leila de Lima on Tuesday, September 22, or a day after the official confirmed the arrest of the two top fugitives in Phuket, Thailand.

According to a DZBB report, De Lima vowed to give zero special treatment to the ex-politikos, who are accused of killing environmentalist and radio broadcaster Gerry Ortega four years ago.

De Lima–a rumored senatorial candidate in next year’s polls–even vowed that the Reyeses will arrive in the country wearing the metal bracelets.

The two brothers fell in the hands of Thai authorities after they violated immigration laws. They were nabbed on Sunday night.

The Justice Secretary earlier said that Thai immigration authorities are already in the process of deporting the fugitives back to Manila. (Samantha A. Giron)