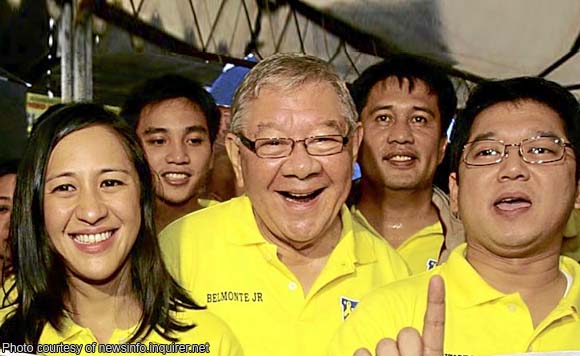 Speaker Feliciano Belmonte Jr. confirmed that Quezon City Mayor Herbert Bautista is being considered for inclusion in the 12-member senatorial ticket of the Liberal Party.

Bautista is on his second-straight term as QC mayor and is eligible to run for a third straight term in 2016.

If he decides to run for higher office, this will open up the possibility of Belmonte’s daughter, incumbent QC vice mayor Joy Belmonte, running for mayor in 2016.

The 78-year old Speaker served as QC mayor from 2001 to 2010. Belmonte said he would run for a third straight term as QC representative next year.