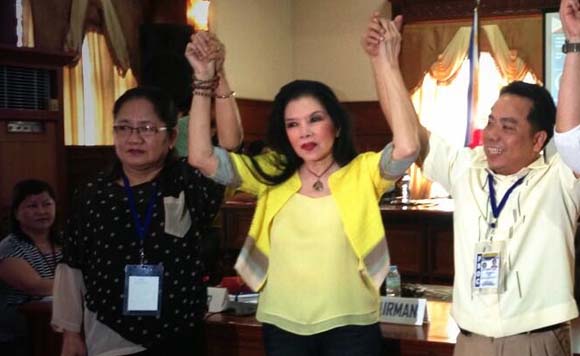 Pangasinan Rep. Rosemarie “Baby” Arenas has asked her colleagues to rally behind her in her quest to collect over P5-million in damages from the Embassy of Kuwait in Manila for the supposed thrashing of her home in Forbes Park, Makati.

In House Bill 2381, Arenas asked the Department of Foreign Affairs to direct the embassy to “settle all obligations and dues” to the lawmaker during the lease period of August 2002 to 2011.

Over that nine-year period, Arenas said her residence on 25 Pili St. was used as the official residence of the Ambassador of Kuwait.

Among the damages supposedly caused by the lessee include destroyed landscape and gardens, unauthorized permanent alterations and additions to the electrical layout and system, and missing appliances.

Arenas lemented that despite her repeated demands for payment, “the embassy of Kuwait refused to acknowledge any wrong doing on their part and refuse to settle their obligations.