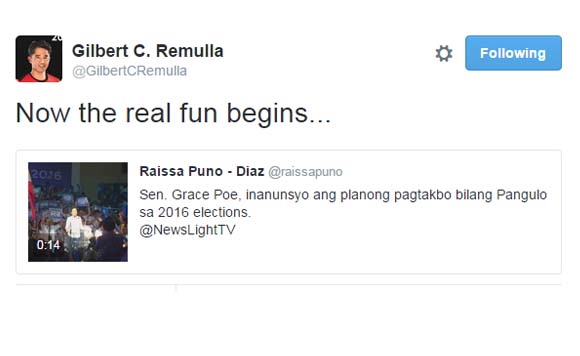 Ready your popcorns for the great political battle.

Remulla is a staunch ally of Vice President Jejomar Binay, who was first to announce his presidential run.

Poe formally announced her intent to run as president for 2016 in a grand event in UP Diliman on Sept. 16.

It’s a three-way fight for the top post so far. Who will box it out and emerge as the winner in 2016? We’ll see.