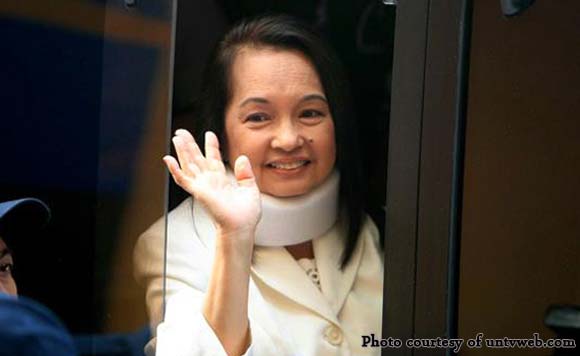 Former president and incumbent Pampanga 2nd District Rep. Gloria Macapagal-Arroyo will not be able to attend the 40th day of the death of her brother Arturo Macapagal.

In a ruling, the Sandiganbayan 1st Division denied Arroyo’s request to leave her detention on Saturday, September 19, saying the former president can commemorate it even while she is detained.

“The Court is not inclined to grant the accused-movant’s motion. Suffice it to state that being a detention prisoner, just like all other detention prisoners, accused Arroyo cannot be allowed the full enjoyment of her rights, be it civil or political,” the court said.

Arroyo asked that she be allowed to attend a mass for her brother, which will be held at the Heritage Memorial Park in Taguig City.

Arroyo said that on the same day, the ashes of her brother will also be inurned or laid to rest at to be followed by post-inurnment prayers.

Macapagal passed away on August 11 due to prostate cancer.

The court, however, sided with the prosecution’s argument that Arroyo “can recite her prayers for her deceased brother even while she is in the Veterans Memorial Medical Center (VMMC).”

Arroyo is under hospital arrest at the VMMC in Quezon City since 2012 for a plunder case in connection with the alleged misuse of P366-million worth of funds from the Philippine Charity Sweepstakes Office (PCSO) during her term as President.