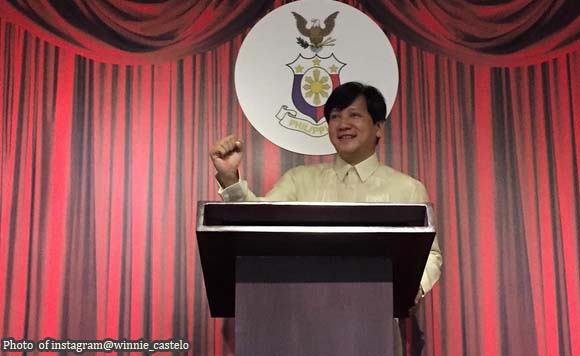 Castelo, chair of House committee on Metro Manila development, said the proposed 2016 budget for the Philippine National Police should be realigned to include a “decent portion” for the HPG.

He vowed to spearhead a move in Congress to realign a part of the P76.1 billion proposed PNP budget for the PNP-HPG to provide logistical support and greater leeway to resolve the EDSA traffic gridlock.

“It was understandable that the multi-agency Development and Budget Coordinating Council (DBCC) has not prepared a sizable budget for the PNP-HPG’s new task because it came quite late in the day,” Castelo said in a press statement.

He said the amount to be given to the PNP-HPG “is an issue that would have to be resolved in the congressional budget hearings.”

He said the proposed new budget for the PNP-HPG would have to be used mainly for the recruitment of new personnel complement to help in the EDSA traffic management, their training, and acquisition of closed circuit television (CCTV) units, which would be installed at the major choke points and other parts of EDSA.

“We are aligning the PNP budget and urging them to man more streets because traffic was relatively improved when they took over,” Castelo said.

The lawmaker said the HPG should also handle the following thoroughfares aside from the EDSA chokepoints it was already assigned: C5, Katipunan, España, Quezon Avenue, SLEX, Ortigas, Marcos Highway, and Roxas Boulevard.