Erap to run for President if… 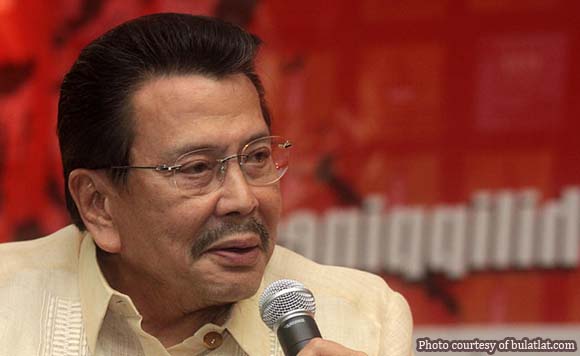 But the mayor said he will only run in case these scenarios take place: (1) Vice President Jejomar Binay is jailed over corruption charges, and (2) Sen. Grace Poe is disqualified by the Senate Electoral Tribunal (SET).

“If the opposition will have no one to field in the 2016 presidential race, I might run again for president,” Estrada clarified, as quoted by Philippine Star.

The 78-year-old deposed president said he would announce his decision whether to run for president or seek re-election as Manila mayor before the deadline for the filing of certificates of candidacy next month.

Had it not been for President Aquino, Estrada would have been elected president in the 2010 elections.

“Grace Poe is my goddaughter. Vice President Binay is my kumpadre and Mar Roxas was one of the best Cabinet members during my term as president. I will support the one who can do good for the Filipino people,” he pointed out.