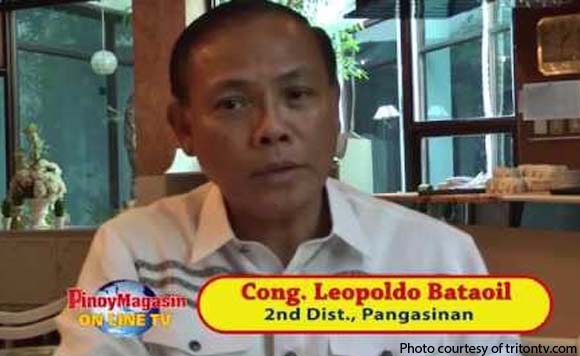 Pangasinan 2nd District Rep. Leopoldo Bataoil has joined the “balimbing” bandwagon when he jumped ship from the Nationalist People’s Coalition (NPC) to the ruling Liberal Party (LP) eight months before the 2016 elections.

The retired Philippine National Police (PNP) general is seeking his third and last term as Pangasinan lawmaker next year.

He said the welfare of his constituents and the future of his district are his “primordial considerations” in leaving NPC and joining LP.

“I hope and pray that our district will continue to benefit from the many services rendered by this administration,” Bataoil was quoted in a Manila Bulletin story.

A member of the Philippine Military Academy (PNP) Class ’76, Bataoil was elected Pangasinan representative in 2010.

His last assignment in the PNP before his retirement was director of Police Community Relations.