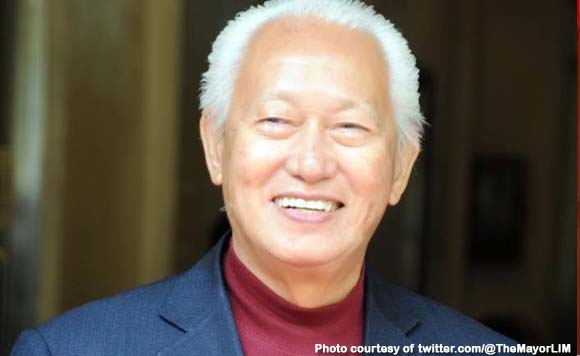 Former Manila mayor and retired police general Alfredo Lim will try to reclaim his old seat in the 2016 elections.

Lim, a member of the Liberal Party, vowed to restore free education in the city and bring down real estate taxes, which he claimed had been increased by more than 300 percent after he left city hall, according to Philippine Star.

The 85-year-old Lim was elected mayor in 2007 until he was unseated by now incumbent mayor and United Nationalist Alliance (UNA) member Joseph “Erap” Estrada in a hotly-contested mayoralty race in 2013.

Estrada, 78, has also announced that he will seek re-election next year.