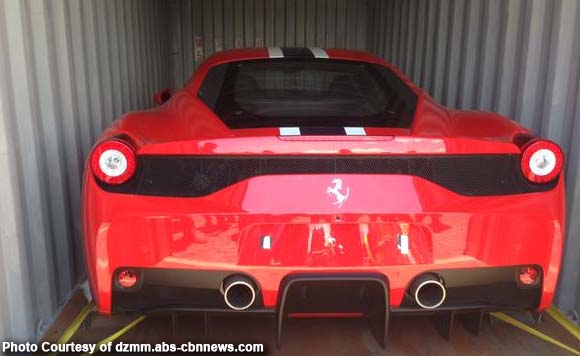 Valenzuela City 2nd District Rep. Magtanggol Gunigundo I is asking the House Committee on Ways and Means to investigate the smuggling of 14 imported luxury cars at the Batangas port last July.

Gunigundo suspected that the Bureau of Customs (BOC) might be in cahoots with the consignee of the undervalued cars from the United Arab Emirates, Japan, and Hong Kong.

“We cannot afford to lose millions of taxes due to technical smuggling due to these unscrupulous smugglers and corrupt Customs officials despite the intensified drive against the illegal importation of vehicles,” he said in a statement.

Gunigundo identified the consignee as Monacat Trading in Biñan, Laguna.

On July 24, BOC seized the car shipment at the Asian Terminal Container Port in Batangas which was misdeclared as vehicles of lower-priced models or variants.

“There are car importers who misdeclare or undervalue their importations because of the costly duties and taxes attached to cars being imported,” Gunigundo said.

Gunigundo said the House body should investigate the incident to prevent similar incidents from happening in the future.

“Unless and until these furtive activities are addressed and the smugglers and BOC officials are not exposed, charged and punished accordingly, the much-ballyhooed ‘Tuwid na Daan’ government campaign to eradicate smuggling will not just be a shot in the wilderness but worse, a laughing stock,” the Valenzuela lawmaker said.