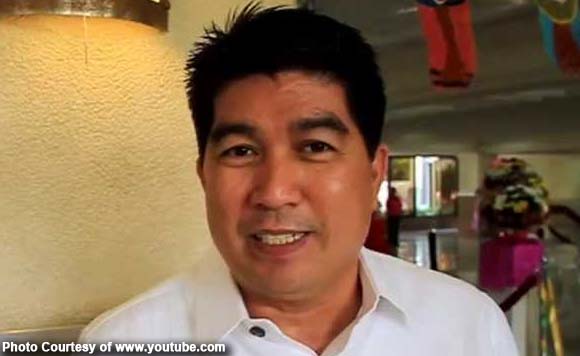 The wife of San Jose Del Monte Rep. Arturo Robes who has been implicated in the pork barrel scam has denied any involvement in the 2013 killing of a police officer.

Florida Robes said she did not even have any motive to have Chief Insp. Romeo Ricalde killed. Along with other incumbent and former lawmakers, the Robes couple has been named respondents in a new case filed by lawyer Levy Baligod in connection with the alleged diversion of at least P500 million in Priority Development Assistance Fund (PDAF) to 15 questionable non-government organizations (NGOs).

One of those NGOs was allegedly operated by Mrs. Robes. “In the first place, I am not and never was an operator of an NGO, so I can’t even lie (sic) any motive to silence him (Ricalde) off, granting that there had been a shift in his police duty from drugs to PDAF scandals,” the lawmaker’s wife was quoted by Inquirer.

Ricalde’s widow Bernadette claimed her husband was killed after he had recorded his conversation with Florida Robes about the transactions of WorkPhil and Sagip-Buhay People Support Foundations, alleged recipients of the diverted funds.

Robes said she had an “unclear recollection” of her conversation with Ricalde after they were introduced by Bernadette prior to his ambush. “Now it is alleged that he had secretly recorded our conversation, a clear violation of Republic Act No. 4200 or the Anti-Wiretapping Act,” she said in a statement.

Robes hinted Ricalde could have been killed because of his job as an anti-narcotics police officer.

In her sworn statement submitted to the Ombudsman by Baligod, Bernadette said that WorkPhil and Sagip-Buhay Foundation received approximately P200 million in pork barrel funds from several members of the House of Representatives and the Senate.