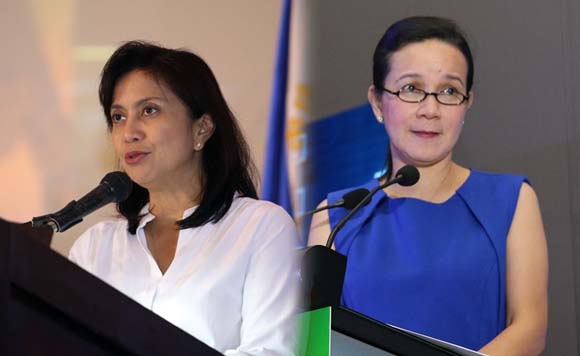 In her opinion, Camarines Sur 3rd District Rep. Leni Robredo thinks Senator Grace Poe should not run for president because she once renounced her Filipino citizenship.

Interviewed by Bandila in ABS-CBN, the widow of the late Interior secretary Jesse Robredo was asked if she thought Poe should seek the presidency despite citizenship and residency issues.

The Bicol lawmaker, when prodded to just answer yes or no, said “No.”

Robredo also reiterated that Poe should not compare the citizenship case filed against her before the Senate Electoral Tribunal (SET) with that of her husband.

Robredo said her husband’s citizenship was once questioned because his father was a Chinese born in the Philippines.

“The premises in the questions on their citizenship are different,” Robredo pointed out.

Defeated senatorial candidate Rizalito David has asked the SET to unseat Poe on the ground that she is not a natural-born Filipino.

David argued that the senator, being a foundling, should be considered as stateless and not a natural born Filipino, since her parents’ citizenship could not be determined.