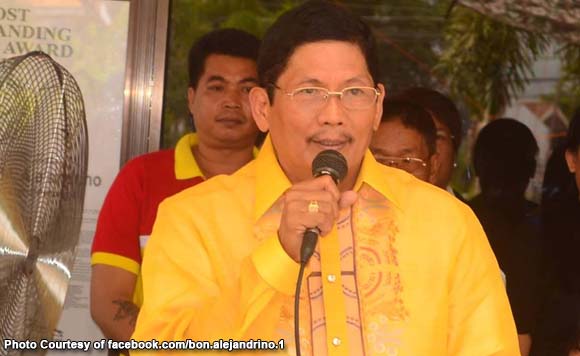 Thus said incumbent Arayat, Pampanga mayor Emmanuel “Bon” Alejandrino of his predecessor, former mayor Chito Espino, who has announced he will run again for mayor in 2016.

Alejandrino said Espino merely takes pride in “false achievements” as the projects he had claimed to have implemented during his time were actually from the provincial capitol.

During Espino’s administration, Alejandrino claimed the town’s peace and order was at its worst.

“Under my leadership, there are less killings compared to his,” he said.

Reacting on Espino’s statement that he will work to continue what he has started in Arayat, Alejandrino said he should have done this a long time ago.

Alejandrino even challenged Espino to a public debate.

“I only have one question to him, nasaan ba ang mga napagawa mo?” he said.

Alejandrino is in his first term as mayor after winning in the 2013 elections under the Liberal Party.