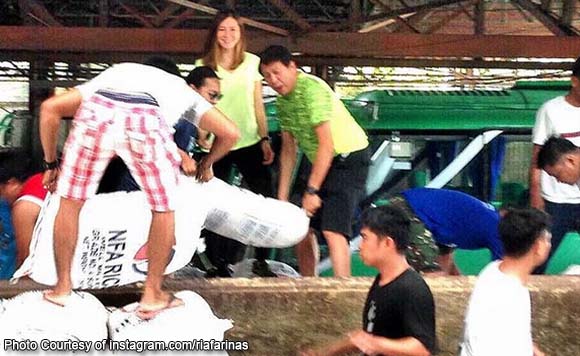 This congressman can still lift weights.

Ilocos Norte Rep. Rudy Fariñas may be not-so-young, but he proves that he’s as strong as ever.

Fariñas was photographed in helping load sacks of rice that are set to be distributed to victims of typhoon Ineng in their province.

Hope the rayuma doesn’t kick in after!