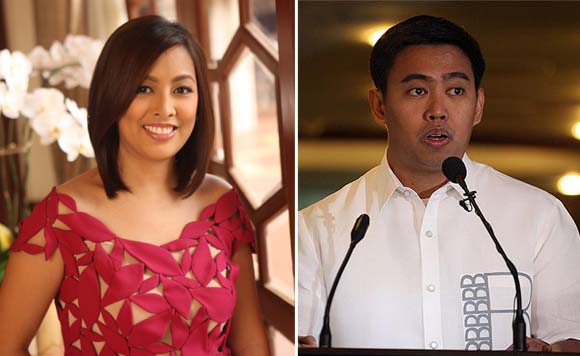 Makati City 2nd District Rep. Abigail Binay and her brother, suspended Mayor Junjun Binay, Jr. were charged with malversation of public funds over the alleged misuse of the congresswoman’s pork barrel funds in 2011.

The complaint was filed before the Ombudsman by defeated mayoralty candidate, lawyer Renato Bondal, who alleged that Abigail released P25 million of her allotted pork barrel funds to two “fake” non-government organizations in 2011.

Bondal said that the two NGOs were found to be “dubious and fraudulent,” belonging to the Godofredo Roque group, “which has a similar modus operandi with that of the now infamous Napoles NGOs.”

The lawyer said Mayor Binay should also be held liable as the Makati City government was the implementing agency for the pork barrel funds.

Bondal said that he included Commission on Audit auditor to Makati City Cecilia Caganan for failure to “safeguard the use of public funds.”

He claimed that the awarding of the funds to the alleged bogus NGOs did not follow the mandated rules for public bidding by the local government of Makati.