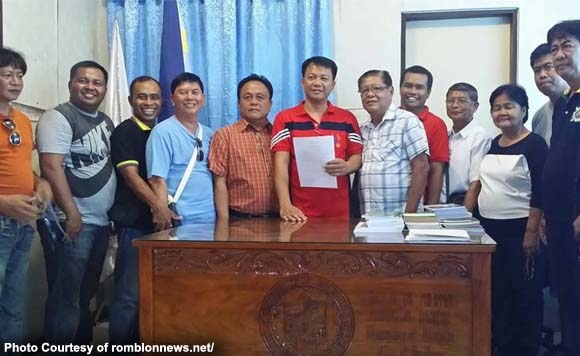 Odiongan, Romblon vice mayor Roger Fodra has been sworn in as the town mayor after the death of Mayor Baltazar “Boy” Firmalo on August 26.

Fodra took his oath of office before Judge Cirilo Maduro Foja of the Municipal Circuit Trial Court, along with Councilor Cocoy Reyes, who has been designated as vice mayor, according to Romblon News Network.

Reyes was the topnotcher councilor in the 2013 election.

Fodra and Reyes were sworn in on August 28, two days after Firmalo’s death.