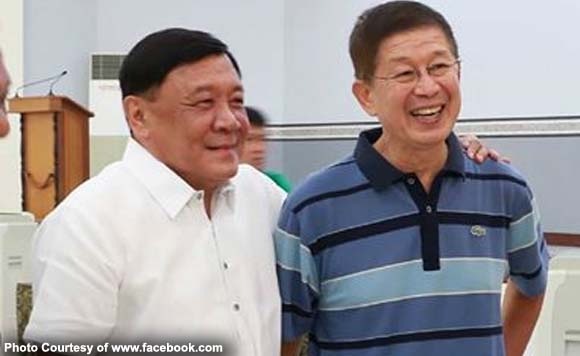 The two old classmates and close friends in the Philippine Military Academy (PMA) Class of ’72 met at the Provincial Capitol during a public event and announced their reconciliation, the Philippine News Agency (PNA) reported.

“Masaya ako ngayon (I am happy now),” Navarro,  a retired police general was quoted as saying.

Navarro retired after his stint as director of Laguna provincial police. Espino went to become colonel and held the post of police regional director of Region 1.

“Magtulong-tulong tayo (We should help each other)”, Espino said in response.

They went separate ways when Navarro left Lakas and joined Liberal Party (LP), a move that did not sit well with Espino. Espino subsequently moved to Nationalist People’s Coalition (NPC).

They never spoke to each other again.

With their reconciliation, Espino expressed his support to Navarro’s plan to run again for mayor in 2016 after losing in 2013 to now Mayor Gwen Palafox-Yamamoto.