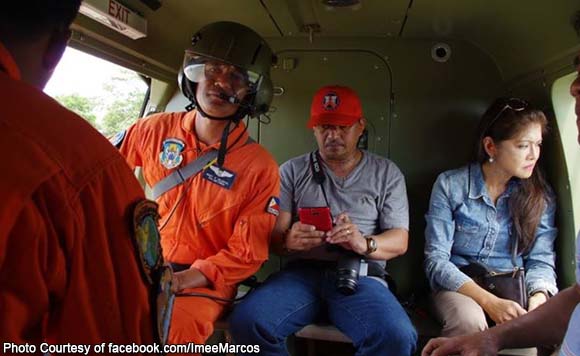 Ilocos Norte Gov. Imee Marcos went aboard a military-owned helicopter to go town-hopping in the province.

She also conducted an aerial survey to see areas and farms wrecked by the typhoon.