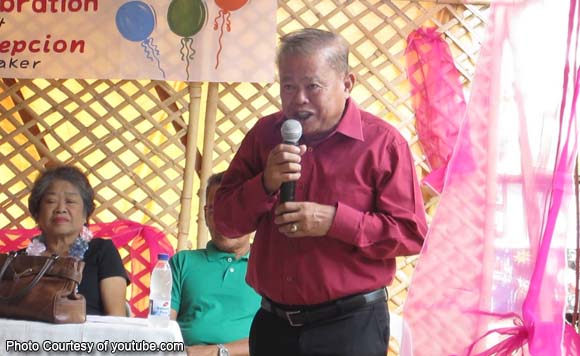 With less than a year in office, Santa Ana, Pampanga mayor Rommel Concepcion has endorsed his brother, Councilor Tek Concepcion, to replace him in the 2016 elections.

The third-termer mayor said he trusts his younger brother to continue the programs he has started in the town.

Even as he said that he will soon enter “private life”, he vowed not stop helping his town mates.

The elder Concepcion has celebrated his last birthday as town mayor through a medical mission program at San Joaquin village on August 27.

Concepcion said it was at San Joaquin village where he started his political career. He served as the village chairman for 10 years.