Leni fires back at Poe over citizenship case 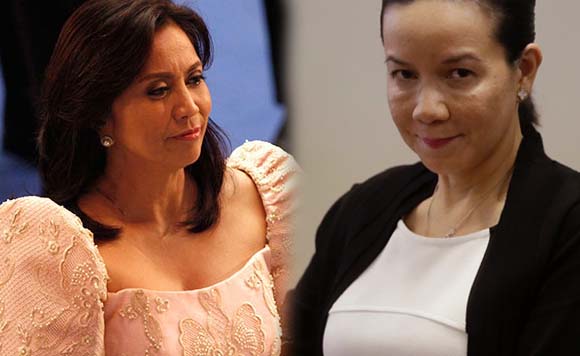 Known for her humility and calm demeanor, Camarines Sur 3rd District Rep. Leni Robredo could not help but fire back at Sen. Grace Poe’s comparison of her citizenship issue to those of the late Interior secretary Jesse Robredo.

Robredo reminded Poe that her husband’s citizenship issue is not the same as Poe’s, as Jesse Robredo never renounced his Filipino citizenship like what the senator did when she acquired a US citizenship.

“Jesse never made any act of renouncing his Filipino citizenship at any point in his life,” the Bicol lawmaker was quoted in a Daily Tribune report.

According to Mrs. Robredo, Jesse’s citizenship case stemmed from the fact that his father, who is a natural-born Filipino citizen under the 1935 Constitution, was born in the Philippines to Chinese parents.

“Senator Poe’s, I understand, was because at one point, she renounced her Filipino citizenship when she acquired her US citizenship,” the Camarines Sur representative, a licensed lawyer, pointed out.

Poe reportedly made the comparison during a visit to Pangasinan, where she addressed the disqualification case filed against her before the Senate Electoral Tribunal.

A defeated senatorial candidate, Rizalito David, wants Poe kicked out of the Senate due to her alleged questionable Filipino citizenship.

“Jesse Robredo was a very good Cabinet Secretary and was praised after his death. But when he was running in the City of Naga, people wanted to disqualify him because they said he was not Filipino but Chinese,” Poe was quoted saying.

Poe renounced her Filipino citizenship and became a naturalized American citizen, thus pledging her allegiance to a foreign country. She only renounced her citizenship before Pasay City Notary Public instead of the Bureau of Immigration, the Daily Tribune reported.

Having been offered a job by President Aquino to head the Movie Review and Television board as chairman, Poe renounced her American citizenship sometime in October 2010.

However, the US government delisted her as a naturalized American in 2012, the time lag of which Poe has not sufficiently explained and answered.