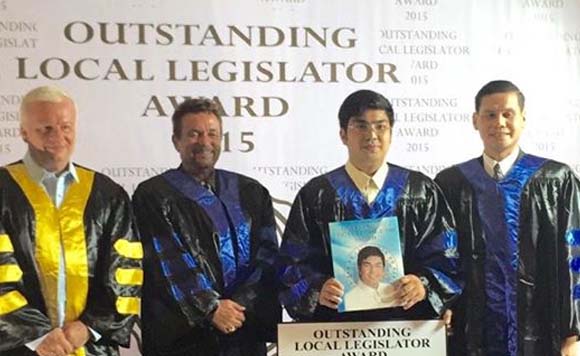 Controversies aside, Jolo Revilla proves that he still got his game on.

The young vice governor of Cavite was named the “Outstanding Local Legislator of 2015” by the Superbrand Marketing International Inc. on Aug. 27.

This comes after several issues that hounded Revilla early this year, including his gun mishap last February.

What a great redemption!